Bed bugs are round, hairy, of a reddish-brown color, about four to five millimeters long and wingless. In a hungry state, they are paper-thin, and the females are larger than the males. Bedbugs find their victims by their ability to perceive heat and carbon dioxide. The stinging of bedbugs is similar to that of mosquitoes and fleas. Also the lancing process and the foreign proteins left in the attacked body are comparable to a mosquito or flea stitch. 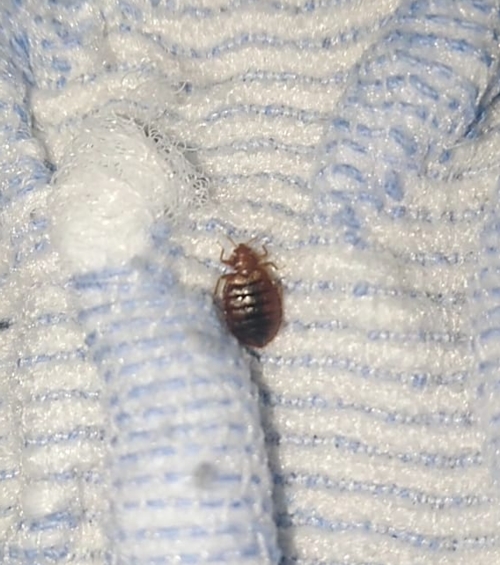 Once a week, bed bugs suck up to seven milliliters of blood. The whole lancing process takes only three to seven minutes. During this hey gain seven times their weight and can swell up to nine millimeters in size. After the reception of the blood, the bed bug is no longer flat, but noticeably swollen and almost blackened. Despite their very small, almost blind facet eyes, bedbugs can excellently perceive differences in brightness. They prefer the darkness and flee the light immediately. If they are disturbed, they dispense a sweetish fragrance, by which, in certain circumstances, an infestation of bedbugs can be recognize. In their nests, bedbugs live together with eggs, larvae, dead animals, faeces and remnants of the molt of the larvae and can reach an average of a half to one year. 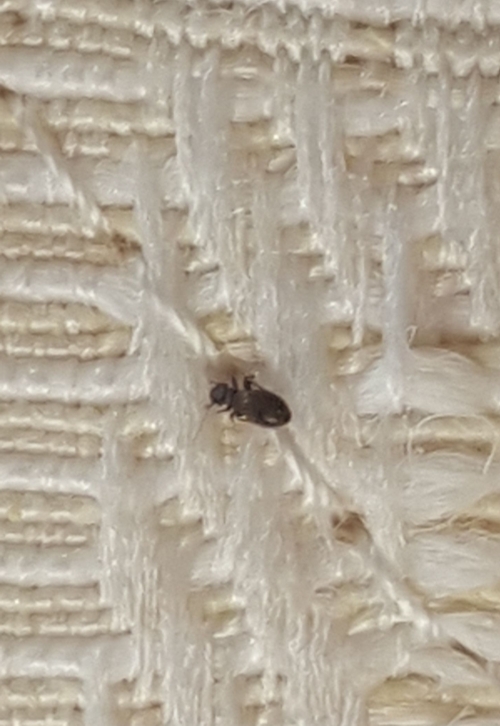 Bed bugs belong to the family of the Cimids. They all feed on the blood of birds and mammals. For this purpose - the sucking of blood - they seek their hosts. About eighty blood-sucking bed bug species are known worldwide and six of these are mainly found in Europe. Due to the globalization - and the associated exchange of goods - as well as the increased travel activity in modern times, bed bugs are increasingly being abducted worldwide. They are strongly bound to humans and animals and are mainly found in dwellings, stables, mammalian buildings and birds' houses. The spreading of bedbugs extends north to the 65th degree of latitude and ends just below the polar circle. Up to a height of two thousand meters, bedbugs can be found even in the Alps.

The first types of today known bedbugs lived about three hundred million years ago, as it is known by fossil discoveries. From these ones all other types of bedbugs developed later on, making the bedbug a cultural and civilization successor being very well adapted to the human life and habits. In prehistoric times humans and bats used to live together in caves. While bedbugs had stung only bats at first, they later started to infest humans as well. In later eras it was more comfortable for bedbugs in the Mediterranean, because of the moderate temperatures and the humidity, helping them in their development. The construction of buildings with various hiding places in the form of crevices, holes and alike as well as suitable temperatures and a corresponding humidity in the interior also created an optimal habitat with ideal conditions - always close to humans.

After the Second World War, the population of bedbugs rose again, but was successfully combated with DDT (which is prohibited nowadays but unfortunately still detectable in the nature). From 1950 to the nineties of the last century, it was rare to become attacked by bed bugs, due to that massive chemical control. In the past twenty years, however, pest control companies have reported a renewed increase of bedbugs. Increased travel activity, global trade and the commerce with second-hand goods led again to their spread - this time also over long distances. The fight against cockroaches by feeding toxins is another reason for the increase of bedbugs. In contrary to the past, when insecticides were sprayed widely, cockroaches are nowadays targeted by the use of bait gels, specially designed for them. Thus the cockroaches die, but the bedbugs - in contrary to the control by applicating of contact insecticides - remain unaffected.

Hotels, turistic resorts, holiday apartments and houses are particularly vulnerable areas, since there is a constant change of different residents. But even in rented caravans or mobile homes, or on used furniture, bedbugs or their eggs can be found.

Every day the female bedbug lays between two up to ten, about one millimeter long, milky white eggs, which they carefully hide usually near the shelter, but not on humans directly or on clothes. After five to twenty days the larvae, which are transparent and smaller than a millimeter, hatch from the eggs, looking like an adult animal already. The larvae of the bed bugs already suckle blood, which colors their transparent bodies dark red. In a total of five stages the larva develops into an adult bed bug, whereby they have to suck blood at every stage. However, it does not bother the bed bugs to starve up to nine months in unfavorable circumstances. The development time from the larva to the adult animal strongly depends on temperature and humidity. Thus, for example, at an ambient temperature of 30°C, generally 20 days are neede to a full maturity, but at 22°C this period is already doubled. At temperatures between 14 and 22°C, the maturation process of the bedbugs is assumed to be one year, and below 14 ° C there is no development at all.